Iranian Cities Known for their Architecture 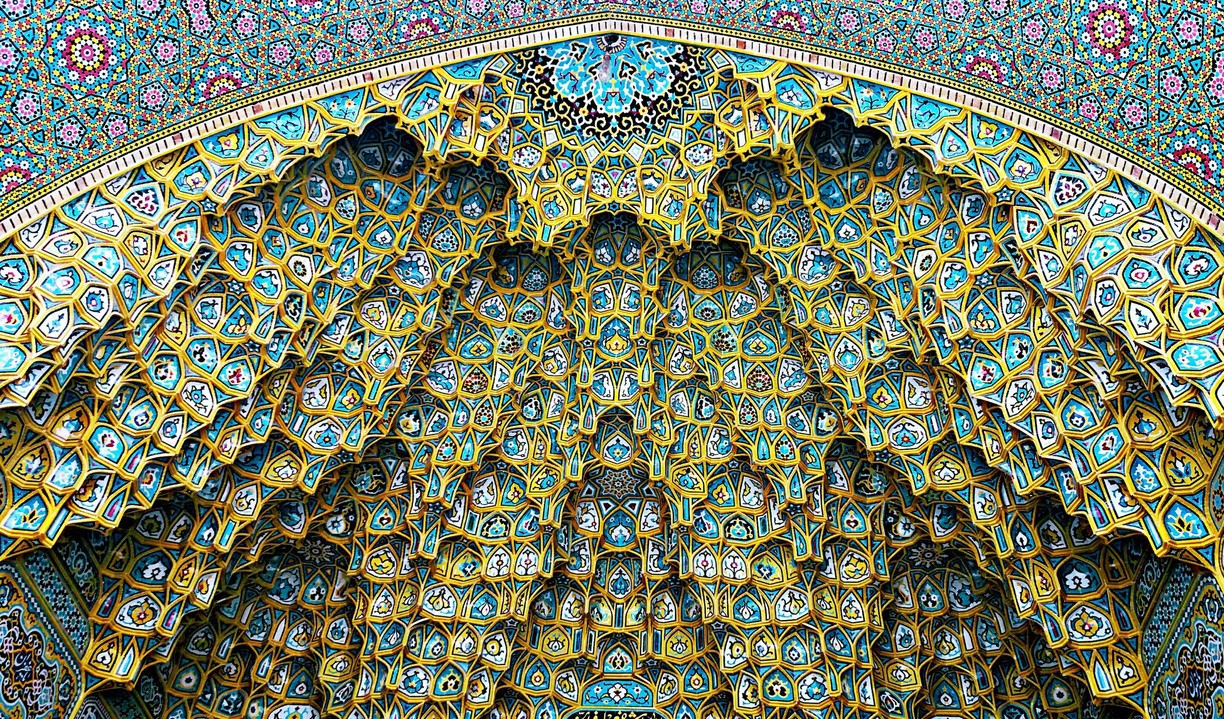 As Iran is a four-season country, the Iranian architecture has been always in conformity with the nature, so we face different architectures in the different areas of the country. The past Architecture of Iran based on the experience and technique and the material at hand has made a unique way of making people comfortable in their home. We can call the Iranian architecture a form of stable architecture. One of features of the stable architecture is paying enough attention to the ecology, the nature ,the availability issues and the expenses. In traditional buildings energies was an important element, which are available and cheap like the wind, the sun and the light. That’s the reason why they used to make the buildings in the areas that they know about the directions and had its plans. This issue nowadays has turned into a real problem, concerning price of energies and fuel and availability of the energy resources. Nowadays due to reasons such as rising land prices, population growth, rising commodity prices, the emergence of air conditioning, the use of fossil fuels and ... greatly altered the architecture. But when we look at every area of Iran, we still see a unique traditional architecture. S-travel will present you different cities in Iran which are unique due to the architecture.

The historical texture of city of Yazd with more than 800 hectares of vastity is the biggest resource of studying Iranian culture containing many experiences of how authorities had a mark on shaping the architecture. This is the second big brick made city of the world which is being registered in the national list of historical places. The old part of the city is under protection and has a consistent texture. A texture containing valleys, roads, walls which protect the people from being exposed to the sun light and the cold breezes.

One of the features of the city is full protection from every atmospheric effect like the wind, the light and the sun using tools like the wind towers and Hoor lights, so they could use the energy in the best possible way. The win towers in the city was used as breathing system which was mostly belonged to the residential part of the city. Wind towers are a cooling system that make the air fresh by using reusable energy of wind.

In the city of Yazd, every building, except the bathhouses, have central yard which is close to the garden. These conditions together made the average level of humidity and hence made the air cool. Note that all the doors were used to be opened to the yard and the central yard was a protective way to cope with the sand storm and the extreme cold winters.

The old houses of Yazd are valuable because they remind us of the traditional life in ancient Yazd. These buildings are important from an architecture point of view. It is only in this city that the houses from the ILkhanid era are still usable. All the houses are built from brick and mud. They contain a big wall which was a protection from the sun shining in the summer. Moreover, they got a big room called Talar. It is used mostly in the afternoon and has a door opens to the Yard and.

The city of Isfahan is in the central part of Iran located close to the main desert of the country. This city from the west and the south side is connected to the Mountain Zagros. There are thousands of houses which are remaining from Qajar era. They are a bit lower than the level of the roads and they do not have much decoration in outer sides .when you entre you will see the yard and inside the rooms you will face several different arts used to make the room beautiful which is one of the most elements of Isfahan architecture the introversion.

The people in the middle parts of Iran realized that to cope with the conditions of the place they are living in, they should use the material coherent with the place they’re living in. The special condition of the atmosphere and the big difference between the temperature in the morning and the night, the dry weather and the existence of the warm winds having dust in them, made them to use material proper for such situation. For making the houses cooler, they used to make the height of the houses a bit less. Moreover, as they wanted to use the inside as a place for having fun, they used to have a garden inside the house. The used material was a endemic and depends on the family’s economic situation. 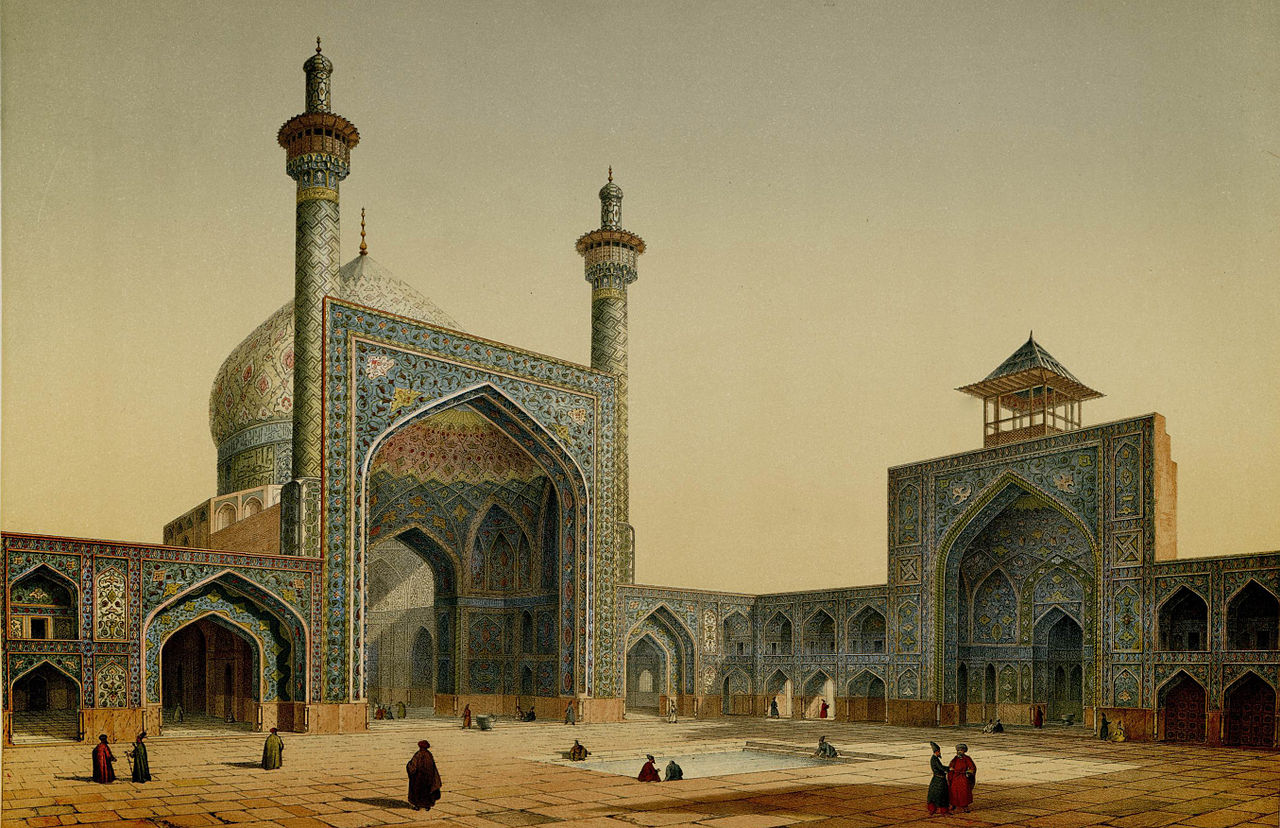 The village has some specific features due to the location of the village on the hills:

The waters on the grounds are not getting absorbed because of the nature of the material used there which make the water rolling on the river and not on the village itself. The creation of the two, three floored building make a unique scene for the people. Moreover, the sun ray and the air conditions make the fresh air dominate the inner side of the buildings.

many years ago, the village had two gates, a temple on the west side which is now close to the Bank of the village and another gate on the east side of the village on the Harde area. Nowadays you can enter the village from many different sides.

As the location of the village suggests there are not enough space in the village for creating the homes there hence each family got a depository on the hills for depositing their stuff for daily consumption and some other stuff. There are small doors to these depositories which are cave-like. The house of the Gholam Nader Shah and the house of the Hussein Kashany are among the old places there and are of great importance for the village from a historical point of view.

Brick and mud, as well as stone are the main materials used in the houses and the outer side of the house is covered by the red soil which is being extracted from the around mines.

The people of the Gilan village, due to the special conditions of the atmosphere and in order to answer their needs, has made special plans for the village. The rectangular shape of the village which is stretched to the east side, expose it to the winds coming from the east and north east on the summer and

As the most important factor is the fresh air in the area, this was a necessary plan for getting the air. The material used in the area is actually in conformity with the location of the village which is close to the mountains, hills so it could be usable for the people living there. Using material like wood and the soil on the flat areas and stones on the mountain areas make the costs reduced and make the living condition better. The sloppy roofs made of a plant naming Lie (growing on the lakes) and Kaloush (the rice root) make the summer more tolerable. They not only affect the shape but the structure of the buildings as well. So, every change in the material is in harmony with the changeable weather.

The essential pillars of the houses on the village is in harmony with the hierarchy of the village from the top to the bottom part. The front side make a difference between the clean areas and the other areas. Each yard has its own hierarchy due to the owner’s job. They are mostly following the pattern of farmer, rancher distinction. Overall, the distinction is being made based on the activities there. In the front side, there is garden, and the depository and on other sides, which belongs to the women, there is an oven. there is some other place for the chickens and some animals kept in the house. These places are different on the summer and winter such that in the winter they all step back. For instance, they put the oven inside the house, and they put the house to the animals in the main hall. The general pattern of the farmers house contain path, different plants, place for the animals and the oven as well a place for the rubbish. 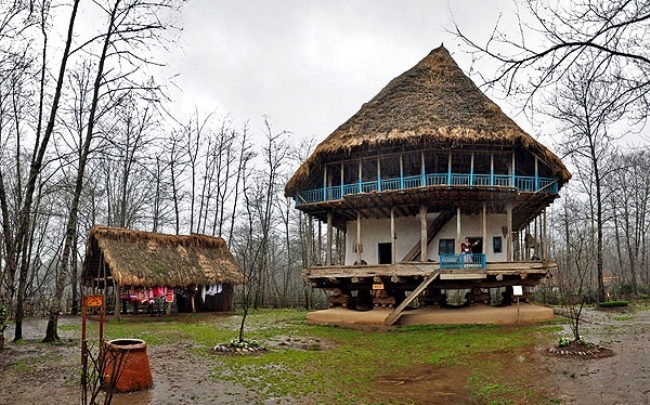 Masoule Is located between two cities Zanjan and the Rasht, Rasht has a mild weather and Zanjan is cold city. So Masoule is a combination of two weathers. The winters are very cold, and the summers has a mild weather with a hot sun shining.

In Masoule, like the other cities on the mountains the texture is not located on the valley because in the night the cold weather goes to the bottom parts of valley and also there is danger of floods in the valley so it is not really a place where people can live.

Indeed, the top part of the mountains is not suitable for living as there are strong winds. The best part for living is the bottom part of the mountain in the south and that’s why the majority of the buildings are located there. in conformity with the nature they want to make the city facing the sun in the winter and more mild summers.

The material used in this area is a combination of the stone and wood which are all local. The buildings are always located on the big stone. The Architectures never break the stone as there could be natural water supplies in it. The buildings are built according to the slope of the ground and also providing a great sight for the people. They use a certain type of ash called ‘Foush’ as a protector for the temperature and the humidity. The point is that the more they use the soil it would be more protected so the people mostly use the roofs as a path for walking. 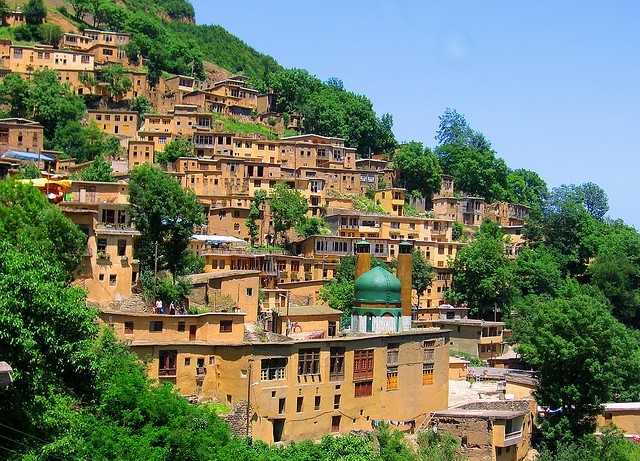 The Qeshm’s traditional architecture belongs to the hot areas of the country combined with the sea features. The hot and the humid weather of the Qeshm only could be tolerated with the conditioners for just few months. The max temperature is 64 ℃ and the min is 7 ℃ degrees. This was a main reason why they made Qeshm in this way. One can face the following elements in the architecture: the central square, beach paths, wind tower, dome, minaret and the water depository. The mosques and the lakes are white, and the houses are  in red.

The special architecture of the villages is in accordance with dry weather. village’s overall shape is a stepwise one and the houses are located inside the mountains. The wind tower architecture here is more exposed as they are located on the stone background.

These types of buildings are more seen in Laft village and Biposht village. They have more traditional and conformed architecture.

The overall shape of the Qeshm is influenced by the central parts of the Iran and is a mixed with Islamic style. In the houses you have yard, rooms, windtower, water depository and they are available from the avenues.

The climate and the atmosphere pressure are among the reasons why they use these materials. The most important material here are wood, lime and plaster but there are some new materials used here like Iron and steel. There are mostly wood used in the roofs and the others are used in the other parts of the building. 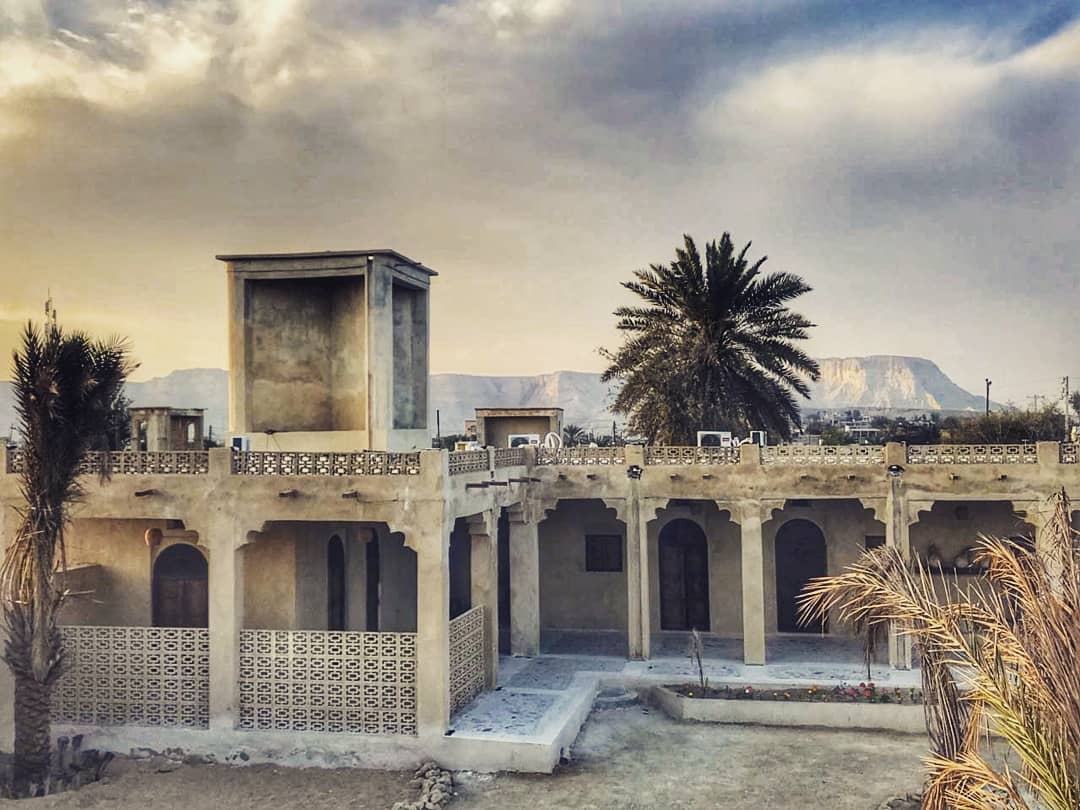 Iran Tour Operator is one of the most important metrics for select the tour .s-travels has the best tour operator in Isfahan.