The Grand Bazaar of Isfahan 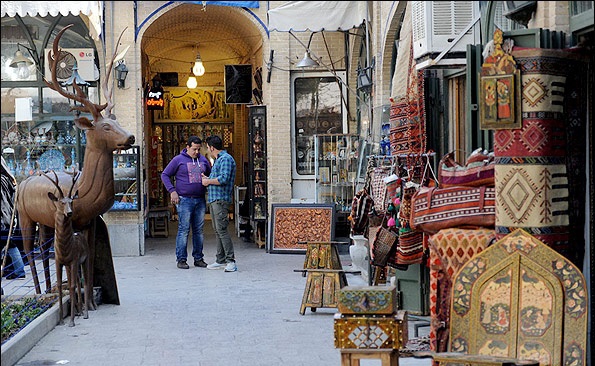 The Grand Bazaar of Isfahan Introduction

Standing among the largest and oldest bazaar in the Middle East, it is easy to get lost in The Grand Bazaar of Isfahan but it is just exciting. The bazaar is not only full of history and attractive architecture, but it is perfect place to pick up local handicrafts, carpet, spices or other goods as a souvenir. In your way through the bazaar, you can see weaving carpets and rugs, engraving decorative metal and painting miniatures on bone, wooden box or jars. Read our guide about one of the greatest market of Iran. 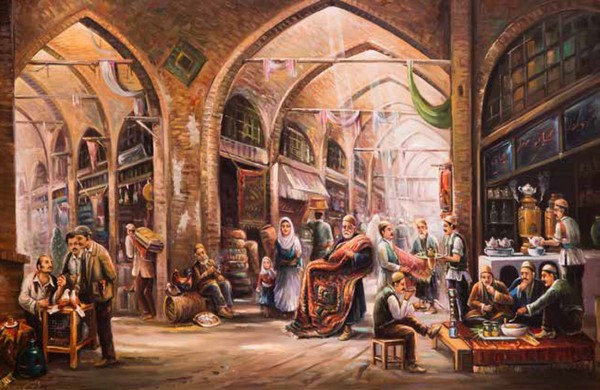 Story of The Grand Bazaar

Isfahan has been twice the capital of Iran. In the eleventh century when Isfahan was the capital of the Seljuk dynasty, they build The Old Square (also called Emam-Ali Square, Atiq Square or Atigh Square or Meidan-e Kohne). It was the main square of the city and the chief center of trade, business, and public announcements and social life. It remained an important central focus of the city until Naqsh-e Jahan Square was laid out in the 17th centenary. Later on, The Grand Market extended between two squares. The bazaar is the longest roofed market in the world.

Architecture of The Grand Bazaar

The Grand Bazaar of Isfahan starts from The Old Square and leads to northern edge of Naqsh-e Jahan Square. Like a tree, the bazaar has a main axis and numerous branches. The cross roads or junctions are called Char- Su (literally means four directions). Timche are some gardens or open spaces in the bazaar with surroundings shops. 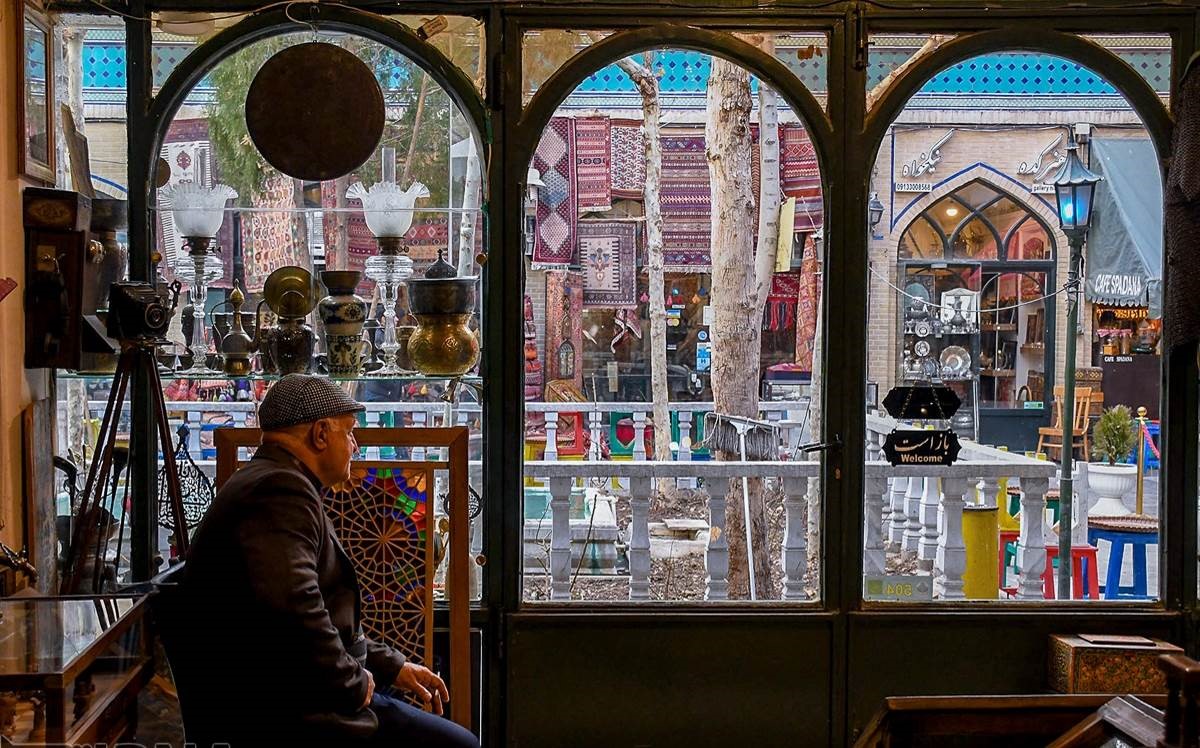 There are so much to discover in term of cultural, historical and architectural in the bazaar. Here are some suggestions that most tourist would like to visit.

(literally means coppersmiths’ alley) is a place that you can see metalworking and find fine copper ornamental goods.

, the renovated 17th century building, shows the early technology involved in pressing oil from roasted seeds. A large round stone revolved on a circular stone plinth to grind the seed and the resultant oils were collected in storage jars. Sesame, castor, poppy and sunflower were ground down by the millstone housed in the lower basement (or pillar room) of this building and the oil was used in food preparation, soap production and in oil lamps. Ox, donkey or horse were used to pull the rigging. 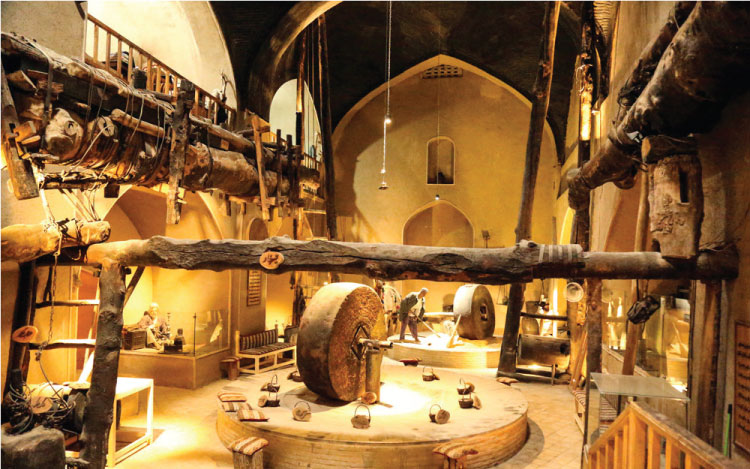 Timche Malek-o-Tojjar. Timche is an open space inside the bazaar surrounded by shops and rooms. Malek-o-Tojjar has several shops as well as a restaurant. The highly decorated main hall of this classic Iranian restaurant makes for a romantic setting for a special evening. The menu is complemented with several regional variations and traditional dishes. 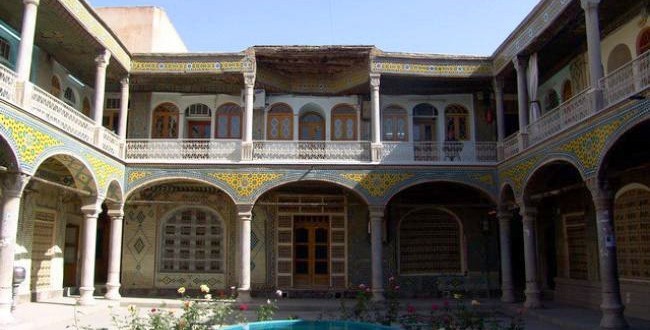 In The Grand Bazaar, you will find quality handicrafts. While walking through the bazaar is a joy for the eyes to see the goods and check the prices. Here are famous souvenirs mostly travelers look for.

If you are into taste and cooking, the bazaar gives you chance to get quality spices with value price. Spices, like Mediterranean countries, Persian cuisine counts on spices and herbs. Like ordinary people who do their everyday shopping in the bazaar, you find great spices shops.

There are some souvenirs that are specially from the Isfahan. You can buy some quality handicrafts that reflect Iranian culture. Ghalam-kar, Khatam-kar, Firooz-e-koob, Mina-kar and Ghalam-zan are among the outstanding symbols of the city. If you come to The Grand Bazaar, one of the must-see landmarks is handicrafts workshops. Antiques, miniatures, and ornaments are also other exotic souvenirs. 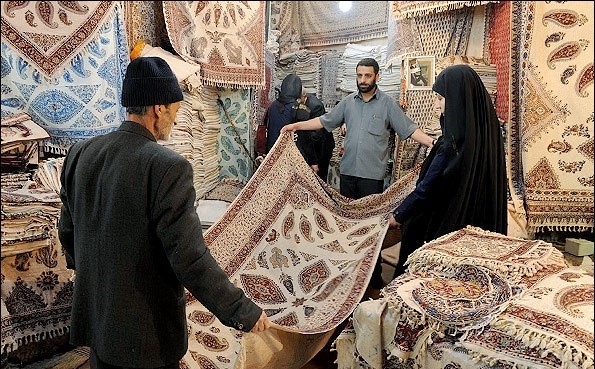 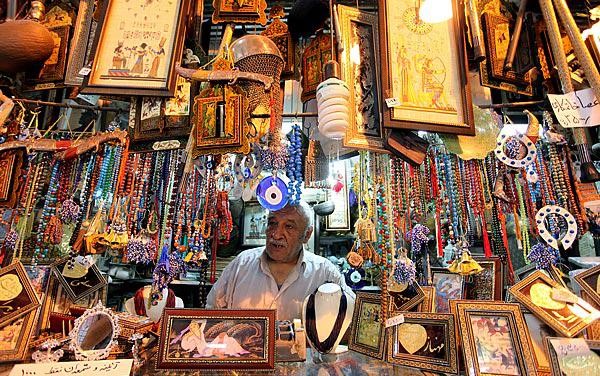 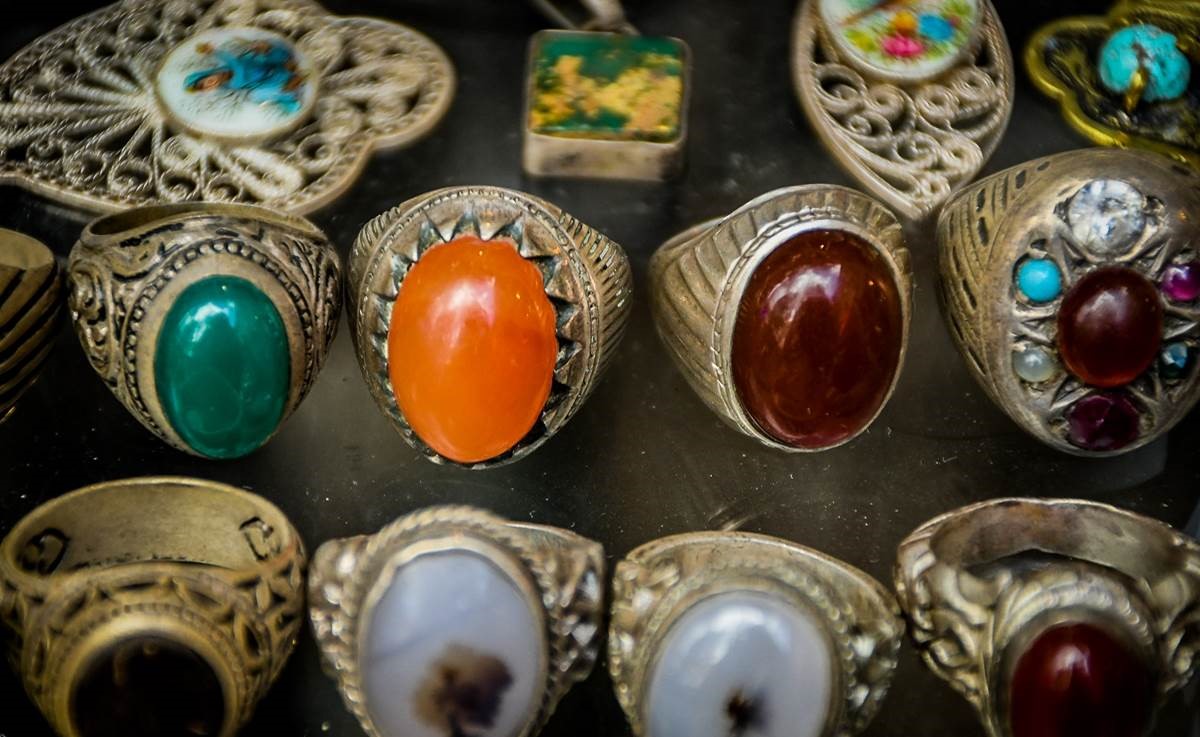 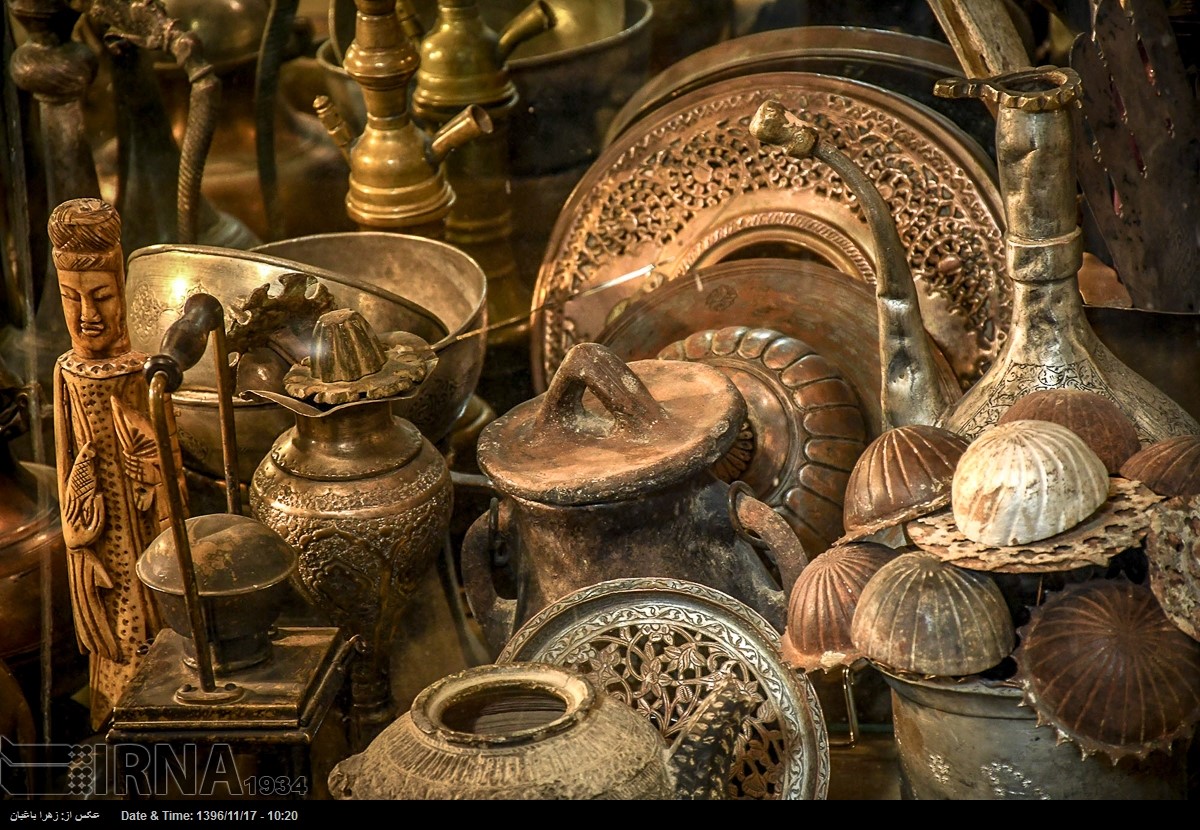 Except national holidays that bazaar shut, the bazaar is open from the morning to the evening. Remember that in Iran Fridays are weekend instead of Saturday and Sunday. Most visitors allow at least two days to explore the bazaar and the surroundings justice.

It is easy to get lost in the extended bazaar; for newcomers, places and paths are quite similar, however, there are some hints that help you find your place beside Google Maps. First and foremost, it is worthy to have a tour guide to explore it carefully. The guide will lead you to the hidden places of the bazaar.

If you are interested in discovering the bazaar by your own, learning a few basic Farsi expressions will able you to communicate with people and shopkeepers. They probably know smattering English from the tourists or maybe they can speak fluently. Anyway, they are friendly and warm.

If you plan to buy rug or carpet, the dealers in tourist attractions are less likely to give good value. In the bazaar, especially in section of carpet, and close to Hakim bazaar, you may find quality carpets and rugs. Beforehand you need enough research about the material and function of the carpet. Silk is more shinny (looks great in showroom lights) and wool is for more practical purposes. 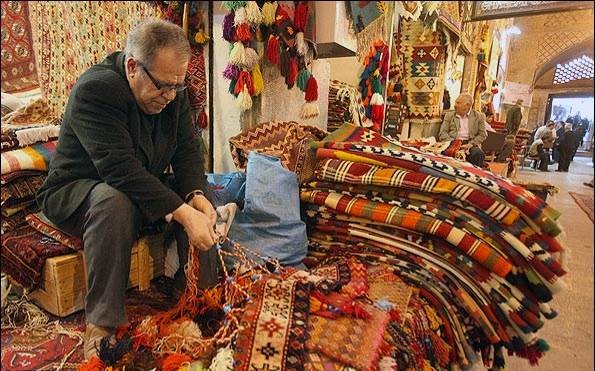 Restaurants and Café inside the Bazaar

If you want to have traditional Chelo kabab, Mikhak Restaurant is a good one. You also can have Iranian food in Bastani café, snacks in Roozegar café, or enjoy coffee with desserts in Coffee Left or Café 404.