Shiraz, The Glory of the Persian Empire!

The Glory of the Persian Empire!

Shiraz is the capital of the Fars province and is considered as the cultural capital of the country of Iran. Located in the south west of the country with 240 square km and 1.8 million people is considered the fifth populated city in the country. The population of the city contains Muslems, Sunnis, Christians and Jews who have gathered together through centuries and have lived together since then. They speak Persian with a Shirazi accent. This accent is more used in the old districts of the city and the rest of the people barely use this accent.

During the Zand dynasty it was the capital to the country and some spectacular buildings of the country e.g. Nasir-o-lmolk mosque, Vakil Complex, Main mosque of Atigh, Quran Gate, Karimkhan Arg are due to that period. Besides all of these, Shiraz is among those cities in the country which has a very good atmosphere containing some famous gardens in the country e.g. Eram garden, Narenjestan Ghavam, Delgosha Garden, Ghasrodasht is in this city.

Shiraz is famous for its flowers, trees, literature, poem and history, as a matter of fact it is the birth place to some most known Iranian poets e.g. Sadee, Hafiz, khaju Kermani where their temple is still there. In addition, the city from decades ago, was a major destination for HEALTH TOURISM in the whole country and even middle east. Being equipped with high facilities, specialty and subspecialty hospitals make the city as a tourism hub and cause people to travel for medical purposes.

The weather in shiraz is dry and hot and winters can get cold. Overall, in the spring the weather is pretty good. Mild breezes, the spring flowers, and the orange trees make this season (from late march to late may) one of the best places to visit for tourists. The hottest temperature in the city with average 86C is from July to September and the coldest temperature is from December to February with 41 C.

The Afif Abad street, is one of the main streets in the Shiraz where you can find many shopping centers, Restaurants and Cafes. The market and the old shops are mainly located in the zand street and most of the hotels are close to the Quran gate and the Zand complex.

Airport: The Dastgheib airport is the fourth main airport of the whole country which is in the Shahcheragh boulevard in the Dastgheib square. This airport contains two terminals where the terminal number 2 is used for the international flights. The facilities for this airport contains restaurants, cafes, theater saloons, banks, the shops and ATM machines. You can get access to this airport via car and taxi.

Train: The Shiraz train station is in one of the best Iranian railways. This station connects Shiraz to Tehran, Isfahan, Mashhad and Ghom. For the sake of getting access to this station, you may use the taxis located in the station as well as the buses which transport you to the different parts of the city. This station is in the beginning of the Sadra city close to the road police in the Ardakan-Shiraz road.
Terminals for the transit between cities: Shiraz is among those cities that can easily connect to the other Iranian cities via the roads. In Shiraz we have 5 terminals in 4 different main roads among which Karandish is the most known. This Station contains 4 saloons with a vastity of 10000 square meters and is serving the passengers. This station is in the Salman Farsi boulevard.

City Bus: Bus is the main public transportation mean in the city using which you can easily get access to all major parts of the city. You can use cash or your credit card and the electronic tickets. The spots for charging these cards are to be found in different parts of the city e.g. stations on the streets and metro station.

Taxi: There are different types of taxis here in the Shiraz which carry a good proportion of passengers to their destinations. There are wireless taxis, online taxis, terminal taxis and the airport taxis.

Subway: Shiraz Metro station is new-build and up to the moment now, only one line is usable. This Metro has 18 active stations from the DastGheib station in the south part of the city of Shiraz.

There are 4 sister cities or twin towns for Shiraz in the list below:

shiraz travel  is very exciting. Shiraz has good weather and spring is full of spring orange flowers in whole city, the weather is fine. You can go to the best historical places in the world and visit the culture of the people of the East. Two of the most popular Iranian poets have been buried in Shiraz, and their tomb is the hometown of lovers. In Iran, Shiraz is a city of famous lovers and you can see the peaceful and lively life of people on the streets of the city. Go to Shiraz and have good  moments in beautiful city. 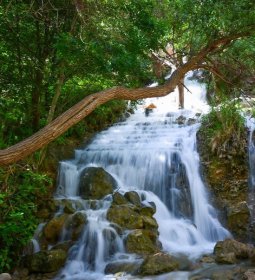 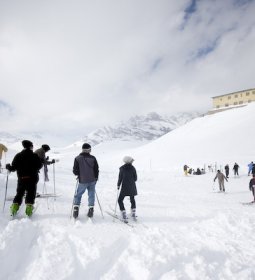