Tehran, More Than a Capital

Tehran (meaning Hot Range) the capital city of Islamic Republic of Iran, is located at the foothills of Alborz Mountain range. It has a length of about 50km and a width of 30km. It is the most populous city of Iran and also middle east with a population around 8.6 million. People with different ethnicities and beliefs have gathered in Tehran, like Bakhtiari, Kurd, Lur, Turk, The Armenian, Jews and Zoroastrian; as an obvious sample, you can see a street in the heart of Tehran called Si-ye Tir, where four main religions have had their own buildings, wall to wall, been living peacefully for years.

Tehran is known for its modern atmosphere, Qajar historic buildings, tolerant people, crowded restaurants, cafes and also pollution and heavy traffic, which can be annoying sometimes; it can be said that, in some ways, it is similar to Mumbai, the largest city in India.

Milad Tower and Azadi Square, symbols of Tehran, are two popular and important places to be visited. In addition, there are more incredible spots to visit such as Golestan Palace, Sa’dabad Palace, The National Jewelry Treasury and etc. On the other hand, you can also enjoy skiing in Tochal Mountains and Dizin piste or maybe go for a walk on Tabiat Bridge, or go shopping around Valiasr and Tajrish streets.

Tehran as the capital city of Iran has different weather in different locations, but generally, it is mild in spring, hot in autumn, dry in summer, cold and wet in winter. The warmest month of the year is July with 33.5°C/92°F, and the lowest temperature is in February with -2°C/32°F. Since Tehran is considered as the most populous city of Iran, the best time to visit, is during Nowruz vacation (Iranian new year) from 17 March to 2 April, when Tehranis leave the city and it becomes less populous; and as a result, there will be cleaner weather, less traffic and a better experience.

There are a lot of hotels, restaurants, shop centers and coffee shops around Valiasr street, Enghelab Street and Panzdah-e-Khordad street with fair price. However, If you plan to go to these places, we recommend using subway.

Airport: There are two airports in Tehran. Imam Khomeini International Airport, the biggest airport of Iran, which is located in 30km southwest of Tehran with more than 40 active airlines and 700 flights per week for 30 different destinations. It’s equipped with waiting room, different shops, restaurants, coffee shops, currency exchange, and ATM.

Train: Tehran Railway Station with 32 hectares area, located at the foot of Valiasr Street is the most important railway station in Iran, including waiting room, passenger platform, taxi services and etc. Since it’s almost located in center of the city, taxi services, bus stations, hostels, coffee shops and etc. can easily be found around the railway.

Bus: There are four bus terminus in Tehran known as, Beyhaghi, Terminal-e Jonoob (South Terminal), Terminal-e Shargh (East Terminal) and Terminal-e Gharb (West Terminal), providing services to cities of Iran and some countries like Turkey and Armenia. Since Transit Buses in Tehran are developed and mostly pass through bus lanes, and of course, due to heavy traffic, they could be a good choice for getting around the city.

Taxi: Taxis are spread everywhere, covering the entire city; but they are a little bit more expensive than other cities of Iran, and since private cars, too, offer a ride, it is recommended to use official taxi services which are in yellow. On the other hand, In Tehran and some other cities, it is common to see some motorcycles offering you a ride, they’re fast and usually won’t stuck in traffic, but you must be aware that they’re not that safe!

Subway: Tehran’s subway with 6 lines, is the most advanced subway in Iran. Because of the heavy traffic and pollution, people in Tehran prefer to use public transportation specially subway. You can read more about its paths and price here.

There are 11 sister cities for Tehran all around the world 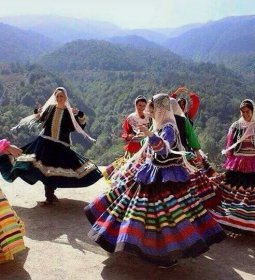 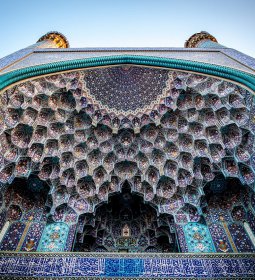