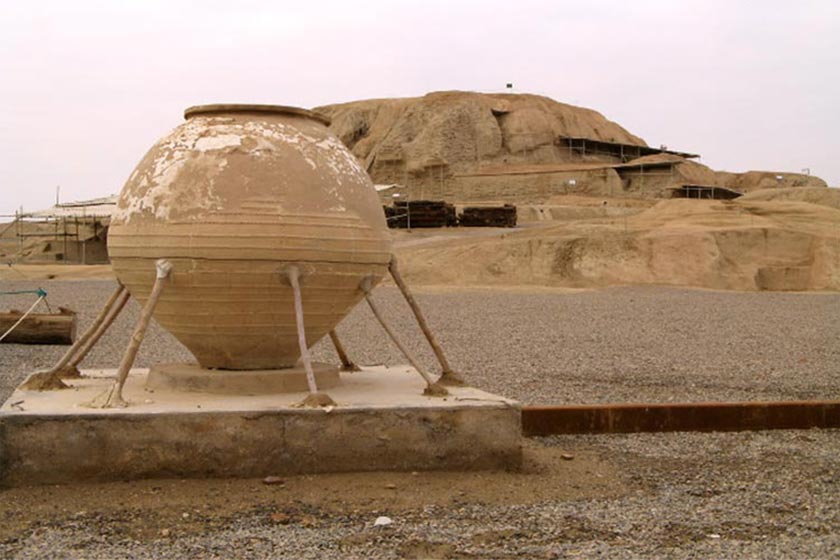 At first look, it seems just a hill in a dessert but it is one of the greatest sources of anthropology. We all like to know about our ancestor and prehistoric humans and Iran history and Tapeh Sialk is a wonderful place for us remained from 8000 years ago. The studies of Iran’s cultural heritage organization, the Louvre museum, and L’institue francais de church en Iran verify the Sialk and the area around it date backs to 7000 B.C and shows the human evaluation from troglodytes to urbanite.

This hill is located in the southwest of Kashan. The geometric shape of it, which was the pattern of a temple called “Ziggurat” made of mud and clay, is a high triangle shape like Egyptian pyramids.

The Ziggurat was unknown until some of its precise objects had been shown in louvre museum and a team headed by Roman Girshman studied on it on 1933-1937. No one knows its historical significance value of this hill before that time. Another exploration has been done by Sadegh Malek ShamirZadeh on 1999-2004.

The Sialk Ziggurat is composed of 2 hills and 2 cemeteries. found Artifacts from these excavations explores a lot of interesting information about prehistorical life, stages of evaluation and development of human life and even the climate changes.

Some of these thousand years old potteries have patterns and decorations that give us a lot of information. The picture of animals and fishes shows that Iranian people farms and ranches and know fishery hundred years ago. 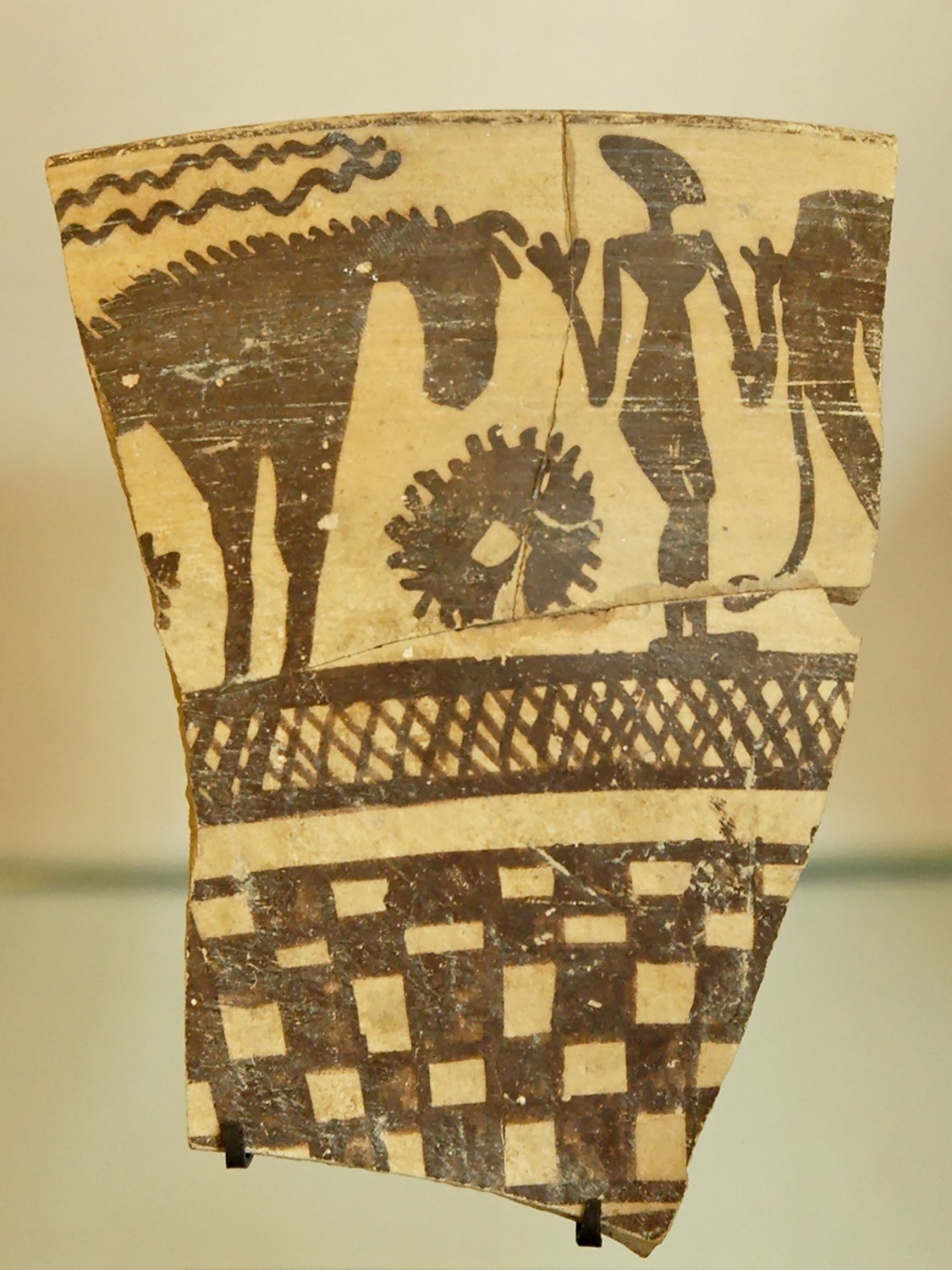 Mold, coin and some jewelry founded in that area demonstrate that this mound was a metal production center.

The founded coins show the connection between this area and the outside world as they use for commerce and business.

The oldest mound contains some tombs. the founded bones and object discover their belief in new life after death. The body was buried in his house floor in baby position with some of their tools so after death they will be born again like a baby, live and use the tools in the other world.

This old mound has been a living place for thousand years and each period had its own culture and specifications. Grishman diverse it to 6 cultural periods:

The first period 7000 B.C: houses are built by tree branches and covered by red mud. architecture and pottery are rudimentary.

The second period between 7000-6100 B.C: Houses are built by hand-maid clay, potteries have simple patterns. The agriculture was the main job and they knew metals like copper and noticed they can shape it.

The third period 6100 B.C: houses are made by rectangular bricks and clay potteries, baked in poetry furnace, have images of animal, plant, and human. Jewelry is made by silver and flat mold where used. 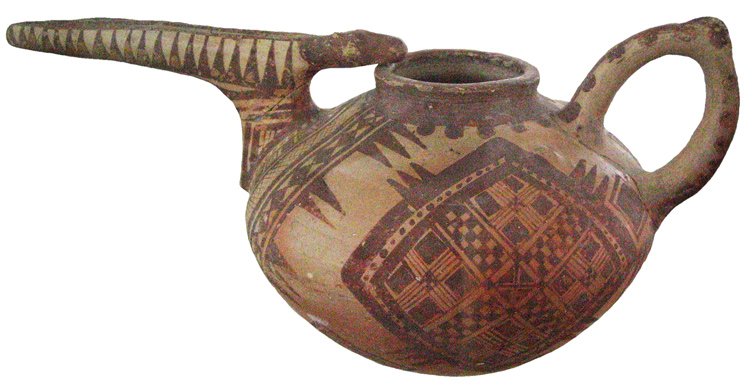 The fourth period 5000-4500 B.C: the begin of the urbanization. cylindric mold engraved by geometric patterns use for commerce.

The fifth period 3200 B.C: a new group of immigrants lives there and new buildings were constructed. The corpses were buried in the cemetery. Scripts with numeric signs were found. One of them is preserved in Louver museum.

The sixth period second millennium B.C: the tombs in the cemetery was covered by stones and bricks. The archeological material was found in two necropoleis such as weapon and iron objects. the ceramics are in gray-black or red with a pattern that consists of a geometric pattern.