The underground city of Noush Abad 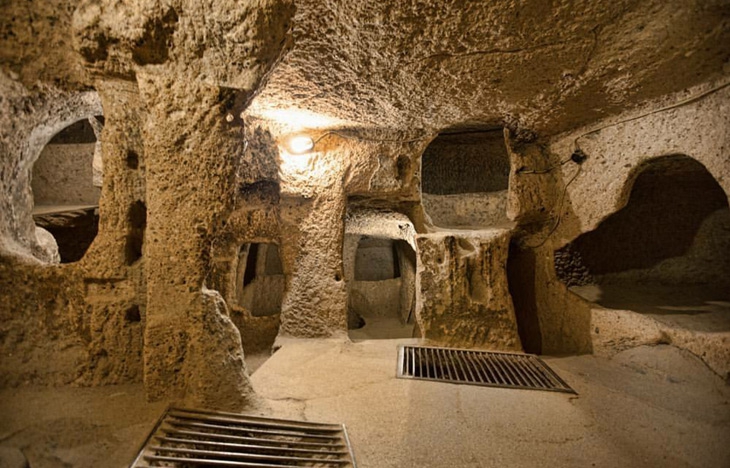 NoushAbad city is one of the oldest historical city in the world, located about 5 Km from Kashan. The Name of the city “Noush “is named after the Sasanid king “Anoushiravan” because the city was the capital of the country for a while in "Sasanid" era. The people of this mysterious ancient city can tell you interesting magical stories but one of them has an incredible story about finding a 15000 years old city on a sunny day when he wanted to dig a well, and you should believe him.

Iran has always been attached by enemies and the underground city “Ouyi “was built below the current city as a shelter for the inhabitant. The way, hallways, facilities, the measuring of each part of the city is a masterpiece of architecture and engineering.

Noushabad’s underground city is one of the largest man-made underground city in the world which wonder everyone. just imagine how such a great place was graved and carved by humans without any machines and only by primitive tools and such a brilliant head design it.

In an area of 4 Km, The city spread in both horizontal and vertical. The complex is in 3 separated floors and from 3 to 18 meters depth.

Today you can enter the city from the new entrance and by stairs, but in the past, every house and public places like bazaars and mosques was linked to the underground city. The main old entrance high is about 120 cm and to have the safety only one person could pass through, the other place and room are high enough for a normal person almost 180 cm.

The defensive element was designed so cleverly. The first floor is full of the various shaped way and confusing hallway so if a strange attacker enters he would be lost in this maze. Some path could be accessed just by crawling. 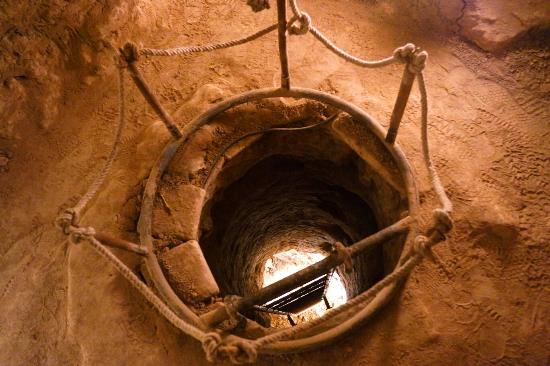 floors were connected together by pits and u-shaped tunnels, a very smart and simple way to enmesh and stop the enemies. each one of this tunnel has a heavy stone door to cover the tunnel with a hole in it to let the air circulate. At first discoveries, some stones were found near the holes so if someone could come up they could hit him. When you walk through the hallways you may see some little spaces on the wall which was a camouflage place.

Another remarkable thing is the facilities and amenities in this little city. the second and third floor is designed for living and purveying foods. There are different rooms, and its size is at least 2*2 meters. The unique ventilation was designed so in deep of 16 meters the fresh air could flow.

In each 1 meter, the wall torches light up the pathways. if you wanted to rest a bit or an old person who need to rest there are some stone porches. the same porch exists in rooms and used as a place to put your tools or even decorative objects on it.

the water was supplied by the well and the same design of the wells and some pathways confused the enemies.

The “ouyi” city give us a lot of information about Persians and humankind ability and intelligence.