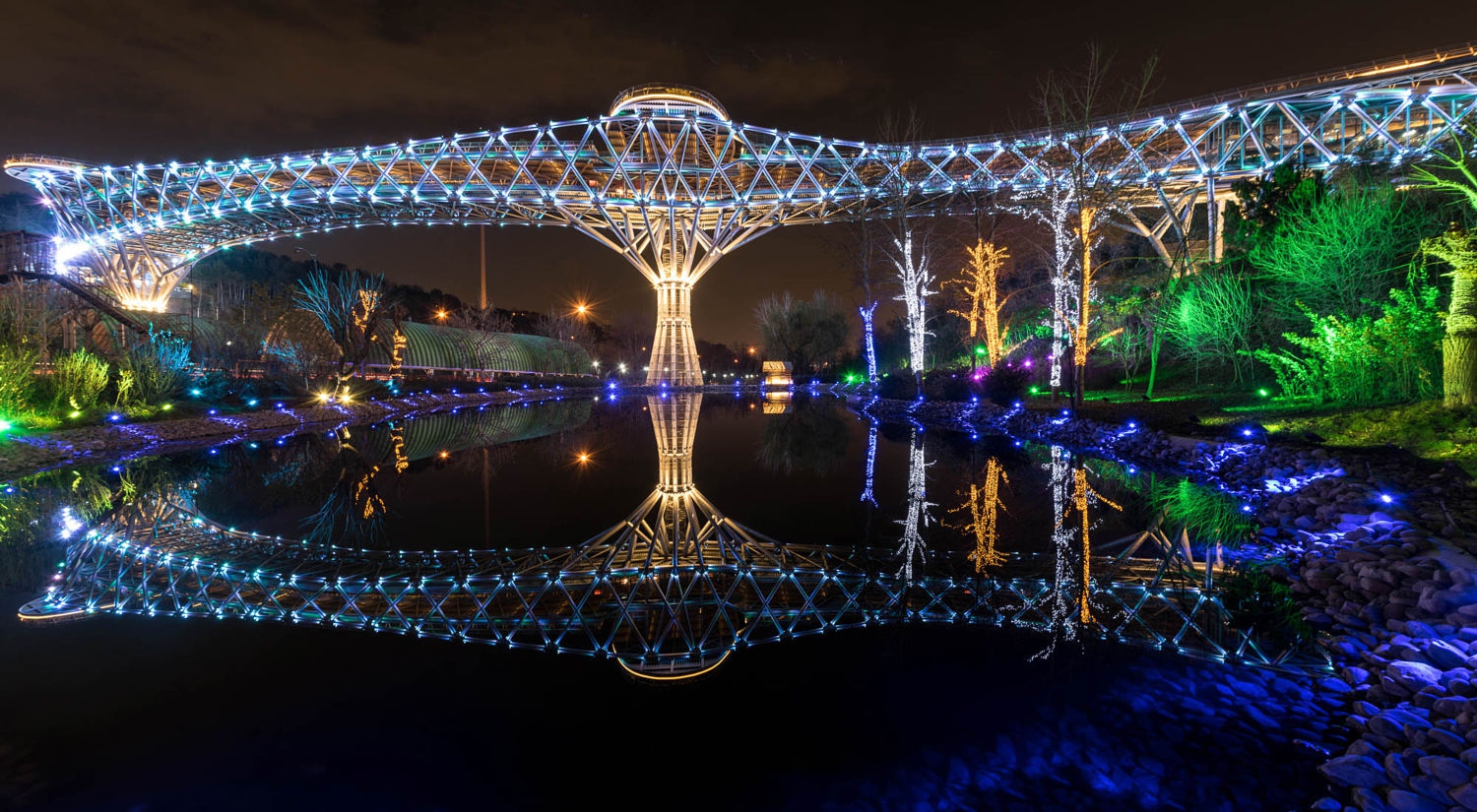 The Nature Bridge (Pole Tabi’at) is the largest pedestrian walkway built in Tehran, Iran. This beautiful 270-meter bridge connects two public parks-Taleghani Park on the east and Ab-o-Atash Park on the west. It’s good to know that the word *Tabiat* means nature which reminds you physical world that not controlled by humans, such as wild plants and animals, earth and rocks and the weather. This brilliant structure, which is a mixture of modern style and original Iranian architectural style can be recognized as a top attraction that arouses the interest of human being. However, this bridge has been known as top Iranian steel structure in 2013. This dreamy structure has won several awards that is connected to a global architectural competition based in New York. You can have an exiting opportunity beside walking in luxurious cafes and restaurants, so don’t lose your time and come Oooon.