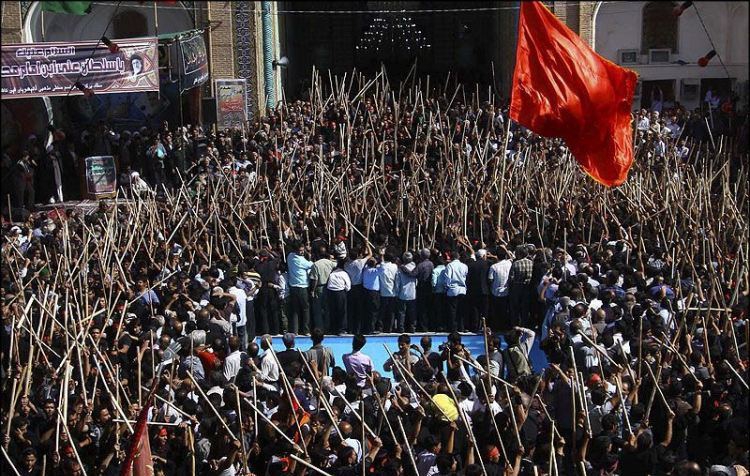 The ceremony of Ghali Shouyan is a traditional, religious ceremony that is held every year at second Friday on Month of Mehr in Mashhad e Ardehal village. the ceremony has been held for thousand years and it is combined with the culture of People of Kashan. that’s why it is added to UNESCO World Heritage List.

Ghaly shouyan (carpet washing) is a memorial of what happened to “Ali Ibn e Mohammad Bagher” the son of Muslim’s eighth Imam “Imam Mohammad Bagher”. Muslims asked Imam to send someone to guide and help them so he sent his son. Ali Ibn e Mohamad also known as “Soltan Ali” went to Kashan, guided people and informed them about Islam for three years. But the government did not like the influence of him on people so he was lonely out of the village, they kill them. Two days later the habitant of Fin noticed the cowardly murder. They went there, fight them to take back the body of him cover it by a carpet and bring him near the spring. when some of them was fighting with enemies others wash the body and buried him in the place where is his shrine now.

Now in the certain day, the people of Fin bring a carpet out of the shrine, take it to that river and wash it a bit like a symbol of that misadventure. The carpet will be carried by  men and also some of them shake a piece of wood in the air like a sword as the symbol of revenge of oppressed people.

Each year so thousands of people from all over the world go to this shrine to watch the ceremony which may take 3day.